In 2023, the economy remains top of mind. While various indicators suggested we may be staring down a recession in 2023, that now remains unclear. Early holiday shopping sales showed consumers are willing to spend at pre-pandemic levels. Credit card debt levels have returned to pre-pandemic volume as well, with student loan deferments further into 2023.

Where does that leave us? And how can lenders continue to responsibly find new opportunities during this challenging time? In episode 16 of our Market Pulse podcast, we discuss these topics with Cris deRitas, deputy chief economist at Moody's Analytics.

This is the first of a three-part series on the 2023 economy. Listen to the full podcast now or read a portion of our interview below.

There are mixed economic signals. What is Moody's analytics perspective on whether we have a recession in 2023?

Cris deRitis: The economy clearly is slowing, certainly relative to the start of 2022. You can see that pretty clearly in the labor market. Although payroll growth is still relatively strong, it's weaker than it was at the start of the year, and the rate hikes that the Fed has been introducing have yet to be fully digested. So we do expect to see a slowing in 2023 as well. Whether or not we land into recession really depends on several factors. We’re in a risky position here. We could skirt by with just a slowing in the economy. A slowdown in the labor market without a more widespread type of recession. The risks are elevated, right? Any other thing goes wrong, we get another oil price shock, another wave of covid, something else happens. We don't have a lot of breathing room to really guard against a more widespread recession. So, our baseline is that we can skirt by, but with a lot of risk to the downside at this point.

What can you tell us about consumer spending habits and patterns, and what we might see in the next year?

Cris deRitis: We’re seeing consumers change their behavior in the face of this very high level of inflation. Inflation got as high as 9% this year based on the consumer price index on a year over year basis. It's been moderating since then. We're down to 7.7%, which is an improvement, but still incredibly high.

Cosumres are shifting their behavior, and those shifts really depend on which consumers we're talking about. If we think in aggregate, the U.S. consumer looks pretty good. We're still spending even after we account for inflation. But if you look a little bit deeper into the consumer data, you see a real difference in folks at the upper end of the income distribution and those at the lower end.

We have a lot of savings, access savings we call them, particularly for folks at the upper end of the distribution. During the pandemic, we weren't doing a lot of spending. So that allow allowed us to save more upper income. Households also benefited from higher house prices, higher stock prices, and a fairly strong labor market here. So that reduction in spending plus some additional income or asset appreciation helped them accumulate some wealth, and that has allowed them to maintain spending throughout this period of high inflation.

That's not to say that inflation doesn't matter. Of course, everyone responds to it, but clearly those higher income households have a bigger cushion, and they're also shifting their spending back to where they were prior to the pandemic in terms of doing more travel, going to restaurants, doing the things they had to give up during the pandemic.

If you look at the bottom 20% of households, they are financially stressed at this point. They have essentially run out of their savings and are increasingly tapping into credit for life’s necessities. These lower income households also tend to be more exposed to inflation in terms of gas prices. They can't work from home, so they must commute. They’re more likely to be renters, so they're exposed to higher rent increases versus a homeowner who may have locked in their mortgage payments.

In terms of high inflation, one bright spot is that wages have been rising rapidly for that lower income group. So that is providing some benefit, but it's not enough to offset higher inflation.

What can lenders do to meet varying consumers where they're at, but also find areas of responsible growth and opportunity?

Cris deRitis: Although there are challenges with inflation, some parts of the economy continue to show strength. And household balance sheets overall are in relatively good shape. If inflation continues to trend down, that's going to open more possibilities in the future. So a lender doesn't want to cut off all credit at this point. There is still demand for their products. I think this environment calls for us to be more judicious and targeted than ever. You can't count on the economy bailing you out in the future. 2023 is going to be a rough year one way or the other. Whether or not we go into recession, it's going to be a challenge for many households.

From that standpoint, a lender must be very targeted, very judicious. They must rely on more tools and data to understand the specific consumers they are lending to. There are opportunities throughout the demographic spectrum. Lenders can certainly lean into higher income households, as well as low-income households, but it must be on the right terms. Have a broad view of household finances. We have a bit more at our disposal today to really understand where consumers are and what their risks are going forward.

Research To Elevate the Student Experience, Try Peering into the Future
Today’s college students want more. More than a degree.  Yet, many within the higher education community are having a hard time [...]
Research The American Dream of Earning a Degree is Dimming. Here’s How to Reignite Interest
Your students are your top priority, your bread and butter. Or are they? What if you could harness the power of your graduate data to st [...]
Recession Readiness Insights Strengthen Your Customer Data to Enhance Your Marketing
Complete customer data is the foundation of effective marketing In today’s fast-moving society, dynamic consumer contact information and mu [...]
Recession Readiness Insights How to Spot Customer Risk Early: Student Debt, Inflation and Interest Rates
As the end of the year approaches, the future of consumers’ finances is in an uncertain place. Will the approximately 20% of Americans that [...]
Recession Readiness Insights Customer Growth: 4 more ways for financial services firms to drive growth
(This blog is the second in a two part series.) The economy is continuing to fluctuate. Financial marketers are starting to shift priorities [...]
Data Driven Marketing How to Boost Credit Union Performance
Today’s credit unions want more account growth, more operational efficiency, and more digital services.¹ Yet, they also want something else. [...] 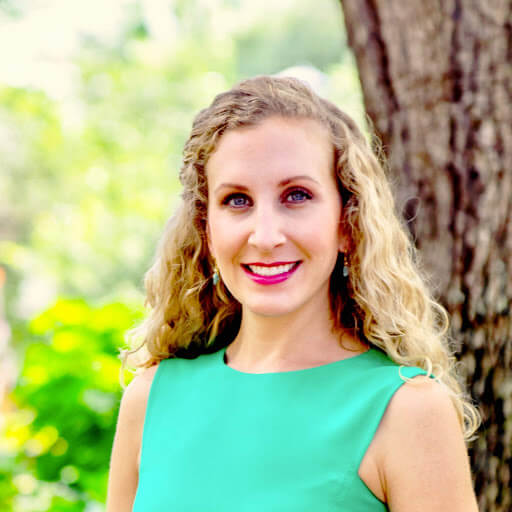 Katherine joined Equifax in 2016 and has worked in several marketing roles across our Workforce Solutions and US Information Solutions divisions. When not working on product marketing by day, Katherine enjoys beach days, visting new restaurants, and leisurely South of Broad walks with her dogs in Charleston, SC.
View More From This author
Modal