We’re seeing greater convergence between economic headlines and the energy market, which have critical implications across consumer and commercial sectors. In our Data Dialogues episode, 13, we interviewed Mark Zoff, manager of market analytics at AEP Energy, about the latest economic trends impacting the energy sector.

Below is a portion of that interview. For the full conversation, listen to our podcast episode now.

We've had a lot of discuss recently around inflation and where we're headed from an inflation standpoint. Could you talk to us about inflation broadly, but then touch on transitory inflation as well?

Mark Zoff:  I think that is the trillion-dollar question of the moment: What is transitory inflation, and are we experiencing it? It's important to consider two framings of the term, both of which are important. One of which is dominating the market's mindset. But another, which is arguably just as important, may affect federal reserve behavior in 2023 and beyond.

The most common and likely view of the term transitory is the sense that inflation was expected to rise during parts of 2021. But it would fall in the latter portions of this year. And I think you start to see this terminology appear in the late spring and early summer of 2021. There was a good basis for making that claim. And it was certainly a claim that was widely held among economists.

If you're looking at your May and June inflation readings, it was rising much faster than we've historically experienced for much of the 2000's and certainly the 2010's. The rise in inflation could largely be confined to just a handful of sectors. First, there was a rapid rise in automobile prices due to several unique circumstances related to the automobile industry. And then another substantial portion of the rise in inflation was airfares.

So, there was some expectation that inflation would be falling. If you look at the Federal Reserve’s estimate at that time, their preferred core inflation measure for 2022 was only about 3%. It would fall back to target by 2022, and there weren't any expected rate increases until 2023. Obviously, that forecast has not come to pass. The Fed now expects core inflation this year to be nearly 4.5% and 2.7% next year. And in their most recent report, they expect three rate hikes next year. That is a dramatic departure from even the most recent meeting.

What are some of the economic trends you're seeing in the energy market, and what are the implications for 2022?

A lot of the supply demand mismatches that you've seen in the broader parts of the U.S. economy are also seen in the energy sector -- especially the power and gas markets. Thankfully, the situation in the U.S. is much better than what we're seeing in Asia and Europe. In terms of demand, it is true that by and large domestic consumption of natural gas is not expected to materially change this year. And there was a decline in the use of natural gas from the power sector after prices rebounded from the lows during the summer lockdowns. The important thing to understand is there was about 5% more demand for natural gas this year than was being expected a year ago. A lot of this increase in demand for natural gas is affecting pricing behavior.

Other knock-on effects in the energy market is the fact that there was approximately 15% more natural gas being used by the power sector relative to what was expected a year ago. Part of that is a year ago, growth forecasts were closer to 3 - 4% for GDP for 2021. We're going to end up roughly 5 - 6% based on most reading. And not only do we have more activity in the economy, which is helping to drive extra demand for electricity, natural gas, other sources of energy, we saw in unexpected decline in some renewable forms of electricity. Especially hydro power in the summer as droughts affected the west. And you saw a lot of demand that would've historically been filled by hydro power being filled by natural gas. So, we have the supply demand mismatch of greater than expected demand for natural gas domestically, relative to what you were seeing a year ago.

For more insights, listen to the full conversation or check out another episode in our Data Dialogues series.

Data and Analytics Top 10 Insights from our 2021 Blogs
Header data, the Equifax Cloud, and COVID-19’s impact on the economy and credit card debt, were hot article topics in 2021. If you missed an [...]

Credit Risk Powering the Energy Market: Your Questions Answered
For our December 2 Market Pulse webinar, our panel of experts discussed the current and future state of the energy industry. This month’s pr [...]

Credit Risk Powering the Energy Market in 2022
Fireside chat with Just Energy In our December 2 webinar, our moderator, Rissa Reddan, Demand Generation Leader of U.S. Information Solutio [...]
Credit Risk Outlook on 2022
For our December 2 Market Pulse webinar, our panel of experts discussed the current and future state of the energy market. This month’s pres [...] 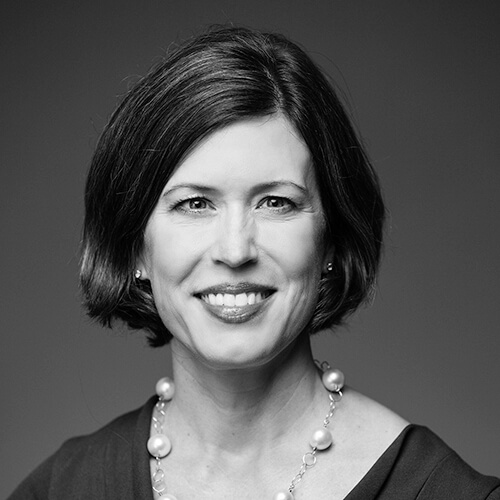 Marketing is both an art and science—a fact deeply ingrained in me. My mother is an artist and a musician with perfect pitch and my father holds a PhD in inorganic chemistry. I am literally one part art and one part science. Born on the Upper West Side of Manhattan, I grew up in Bloomington, IL. After spending the ear[...]
View More From This author
Modal