What Is Wage Garnishment?

Among the consequences of unpaid debt, one of the most alarming is garnished wages. Learn how best to navigate wage garnishment in case it happens to you.

What is wage garnishment?

Wage garnishment is a method of debt collection in which part of your earnings are withheld each pay period and used to pay back your creditors. Wage garnishment can affect both private debts, such as a delinquent loan or credit card bill, and public debt, such as taxes owed to the government.

Wage garnishment is a legal process that usually requires a creditor to sue you for unpaid private debt. However, there are exceptions for certain public debts where the government may garnish your wages without first taking you to court.

The duration of the garnishment depends on your situation. Often, your wages are garnished until your debt is settled.

Who can garnish wages?

Any private creditor can seek a court order to garnish your wages. This includes credit card companies, banks, mortgage companies and debt collection agencies. Garnishment can also occur when you miss alimony or child support payments. Additionally, federal, state and local governments can garnish your wages for back taxes and unpaid student loans. These kinds of public debts usually don’t require a lawsuit or a court order to trigger garnishment.

How much of your wages can be garnished?

If your wages are garnished, federal law extends you certain legal protections under the Consumer Credit Protection Act. It limits how much of your take-home pay can be garnished, based on the size of your earnings and the type of debt you owe.

The amount of your take-home pay that can be garnished is higher for alimony and child support — between 50% and 65% depending on your circumstances. For federal student loans, garnishment is limited to 15% of your take-home pay. And for back taxes, the IRS calculates garnishment based on the standard deduction and the number of dependents you have.

State governments can place additional restrictions on garnishment, providing they don’t conflict with federal regulations. And some federal or state benefits, like Social Security, are completely exempt.

How to stop wage garnishment

It’s difficult — but not impossible — to stop wage garnishment once a court order has been issued. First, try making arrangements with your creditor for a repayment plan. Creditors and debt collection agencies are often willing to work out repayment agreements to avoid further legal expense and hassle.

At the same time, seek legal help, preferably from an attorney who specializes in consumer protection or debt collection law. Depending on the type of debt you owe, the legal window to challenge wage garnishment can be small. If negotiation with your creditor fails, you’ll need to act fast.

Legal proceedings vary by state and type of debt, but you may be able to file an exemption claim with the court. For example, in most states, a head of household may qualify for an exemption. Similarly, if you believe your wages are being garnished improperly, you can file a motion to vacate the judgment. Whether the debt is private or public, you may have to go to court to present your case or to respond to an exemption challenge from your creditor.

The regulations surrounding garnishment can be complicated and vary widely by state, so it’s best to seek expert legal guidance as soon as you can.

The long-term impact of wage garnishment

If you’re unable to challenge the court order, wage garnishment can affect your finances far into the future. Garnishment is primarily a reduction of income, which can be burdensome for those already struggling to make ends meet.

The garnishment doesn’t just hurt your budget, but it can also drag down your credit scores. Although wage garnishments don’t appear directly on your credit reports, that doesn’t mean they’re invisible to lenders. Creditors still report delinquent debt to the three nationwide consumer reporting agencies—Equifax®, TransUnion® and Experian®—and they are free to add information about how the debt is being collected, including garnishment.

Many common credit scoring formulas, payment history accounts for the largest portion of your credit scores. Therefore, a series of missed payments culminating in wage garnishment can send your scores plummeting. Missed payments and other negative information remain on your credit reports for seven years, impacting your ability to qualify for more credit when you need it.

If you suspect you might miss a credit card, loan or other type of payment, contact your creditor immediately and try to work out a repayment plan. Financial counseling may also help. And if you can’t avoid delinquency and face a lawsuit, seek legal support from a qualified lawyer. 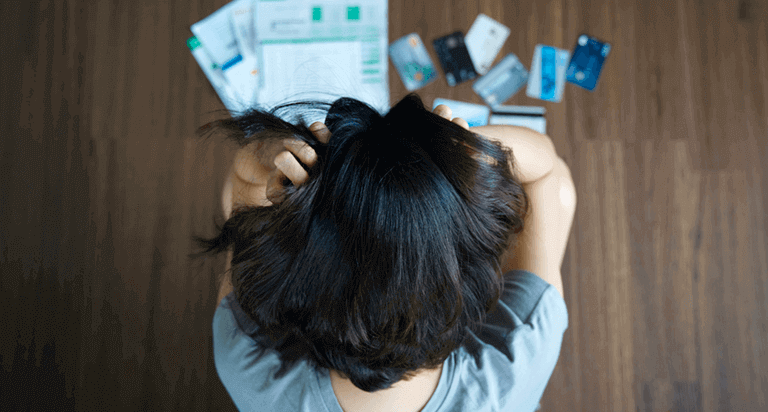 What Happens If I Default on a Loan or Credit Card Debt?
In Articles 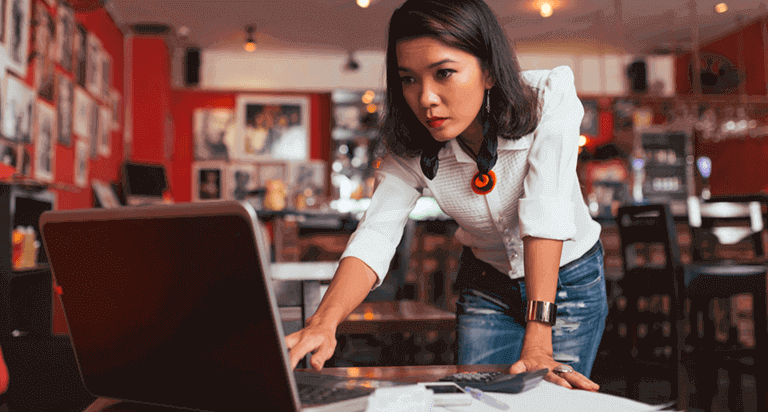 How Can I Prioritize My Debt Payments?
In Articles

What Is Credit Counseling and How Can It Help?
In Articles

What Are the Different kinds of Debt?
In Articles
View More
RETURN TO ARTICLES